Flash memory cards are a vital component of any device they are a part of, and advances in flash memory capability contribute significantly to the development of device features. The continuing evolution of SD and microSD memory cards illustrates this point well.

Digital cameras are one of the most visible types of device where developments in flash memory enable more advanced features. A camera simply couldn’t shoot 4K video if it were unable to save that video to a card at the required speed. Put another way, 4K video can only exist because flash memory cards can accommodate the data transfer speed it requires. And 4K is not the end point. We are already seeing consumer cameras capable of capturing at 8K video. 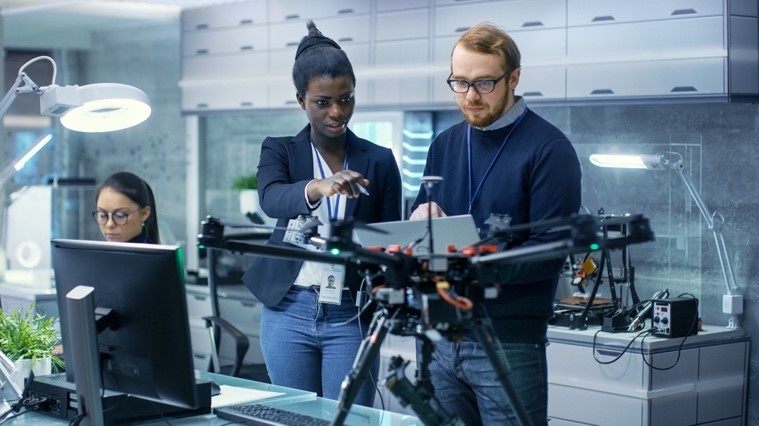 Cameras are far from the only products that developments in flash memory have affected. Drones serve a myriad of uses from construction to disaster relief, all while saving high resolution footage to cards for later use. Meanwhile developers of gaming technology are challenged with meeting ever-rising demand for high resolution graphics delivered in real-time. They rely on fast flash memory as much as faster graphics and data processing chipsets to serve their users.

Another excellent example of how flash storage benefits device development is the Raspberry Pi computer. Launched in 2012 the Pi has sold more than 30 million units and has encouraged countless people to get a greater understanding of computing by completing all manner of projects.

The Pi relies on bootable flash memory to start up, to run its operating system and programming languages, to store data, and to run programs. Initially using SD cards, the Pi moved to microSD relatively early in its life, but it is the principle, rather than the card format, which is key to the Pi’s success. Increasingly capable flash memory cards work alongside developments in device processing speed, additions to the range of on-board connectors and growth of the types and functions of peripherals to add capabilities – and possibilities – to the Pi over time. If flash memory development stopped tomorrow, the Raspberry Pi’s onward march would also stop.

Input/output speed and data storage capacity don’t just help existing types of devices grow their capabilities. They open up the possibility of entirely new categories of devices too. Nowhere is that more apparent than in the development of the Internet of Things (IoT), a category of device which is only now at its very earliest stages of development. 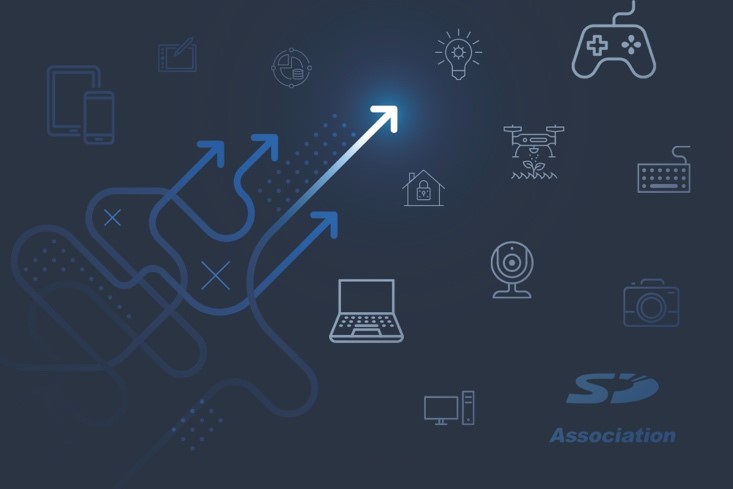 Analyst firm IDC forecasted that connected IoT devices will generate 79.4ZB of data in 2025. This has to be stored somewhere, and much of it needs to be analyzed so that it can inform actions. Your home thermometer talks to your heating system to regulate household temperature, while on a far larger scale, soil monitors across a farm can instruct automated water and nutrient systems on precisely how much resource to deploy, and when. Flash memory plays a key role in data storage and exchange for IoT based systems like these.

The advent of 5G is central to the development of the IoT, allowing data to be shared faster than ever before. Typically, a complete film is downloadable in seconds over 5G rather than minutes over 4G. Add in the growth and development of edge computing, where data is processed close to its source rather than being sent to a central server – saving both time and technology resources – and the ingredients for exponential IoT growth are in place. Again, flash storage is key here. Lightning-fast data exchanges, whether for edge or remote cloud processing, can’t be held up by flash memory bottlenecks.

All of these developments take place in a market where reliability and interoperability are crucial. Data exchange between devices, whether that’s sending photos from a consumer’s camera to their laptop hard drive via a card reader, or sharing data between an array of smart sensors and edge computing facilities in a citywide project, relies on interoperable standards. Research and development efforts are constantly taking standards forward, and these new standards in turn help drive product development.

This is where the SD Association (SDA) plays its part. Celebrating 20 years of innovation, the SDA now has hundreds of member companies, including card makers who nurture and adhere to its standards. The SDA also sets standards for the future. Its new SD 8.0 standard announced earlier this year delivers an amazing data transfer rate of nearly 4GB per second using full size SD Express SD8.0 cards. This boosts the 985 megabits per second that the previous SD Express (SD 7.0) and microSD Express (SD 7.1) standards supported by almost a factor of 4.

Always have an eye on the future

The reality is that standards take time to filter into the wider industry. So, it is SD 7.x, SD Express and microSD Express cards based on PCIe gen3 and SD interface that are making the most inroads in terms of product development right now as device makers work through building its capabilities into their own hardware. Realistically SD 8.0 is some way away from mass market adoption, and as it currently stands, it is a standard for the full-sized SD form factor, and not for the smaller microSD. Does that mean research and development should stop and wait for the market to catch up? Not at all.

microSD was developed before there were devices for its use. Today, microSD is the removable flash format of choice for many hundreds of thousands of device models. Without microSD we would not have many of the devices it serves. Without microSD Express the throughput that SD 7.1 provides would not be available to devices. SD 7.1 could open up significant development potential for device makers. Data transfer speeds of 985 megabits per second could, for example, herald new possibilities for users of the Raspberry Pi if their device is designed for SD Express. We already see Pis running media servers, acting as web site hosts, and handling digital camera data. Increased throughput could see them able to manage higher quality video feeds, take on more demanding hosting and server roles, and open up entirely new avenues too.

Technological development is about exploring the art of the possible, in flash storage as much as in any other area, and organizations like the SD Association bring forward innovations to help others deliver the devices of the future. From humble beginnings as a simple data store, flash memory has become central to many of the device we use every day, and that doesn’t look set to change any time soon.

Paul Norbury is CEO at Cardwave. He can be reached at
paul.norbury@cardwave.com.