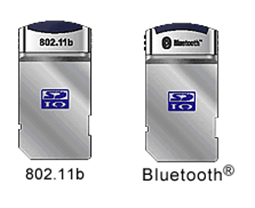 SDIO is gradually utilized to connect I/O devices as embedded by using multiple devices connection feature on an SD bus. SDIO Interface became popular by acquiring great interest in simple SD bus connection feature and higher bus speed modes support. Embedded solution enables host system to access SDIO devices in anytime and SD Card Slot can be dedicated to SD Memory Card for user.
At present, most typical I/O functions are integrated in system SOC, and then SDIO is utilized mainly for wireless communication devices that is not proper for SOC integration due to rapid progress of wireless standards that pursue higher bit rate communication.

Standard SDIO Function is intended to make SDIO Card usable without installing special function driver so that anybody can use SDIO Card instantly.
However, standardization of SDIO function is not essential if I/O function drivers can be pre-installed in host system (an operating system) or host device is capable of installing a specific driver through internet. Standardization of a function application interface (API) is supposed rather much more important to control SDIO device. However Function API will depend on kinds of OS.
SDIO LAN Controller was an example that could not be defined as SDIO Standard Function because several types of LAN controller register interface already exist in the market and it was impossible to select only one register set as SDIO standard. 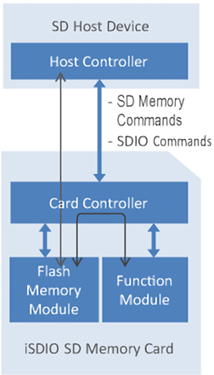 There were many SD Host products that supported SD Memory Card but the number of SDIO supported hosts was small. Memory Host Controller was considered unsuitable to control I/O function due to at least 512-byte unit access, while I/O function requires byte unit register operation.
“Function Extension Specification” was introduced from the Physical Layer Ver.4.10 to solve this issue.
It enables hosts to operate register space in byte unit even by Memory Host Controller.

There are two types of Combo Cards:

(2)
iSDIO [Part E7] is simplified interface of SDIO but rather having flexibly in command set. Then iSDIO should be adopted for Combo instead of SDIO. Wireless LAN Card and TransferJet Card
are iSDIO Combo Card. 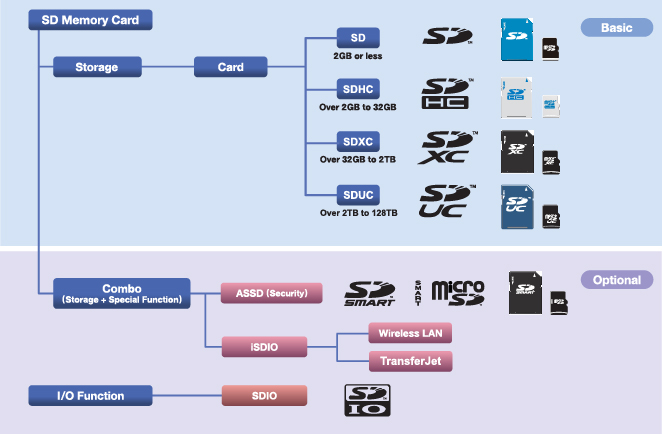